Chromecast is a handy little 3-inch HDMI-enabled media streaming device that lets you display your Smartphone screen on your TV.

Not only Chromecast, but there are several other Chromecast Alternative options available out there, which more or less functions the same and this guide will be making you know the same.

In this article, we have compiled a list of top 10 best Chromecast alternative devices which deserves to be given a try!

Now that you know what Chromecast is, it’s time to know their alternatives.

Let’s jump over to the below list and figure out the top 10 Chromecast alternatives to choose from in 2017.

When we talk about the best Chromecast Alternative, Apple TV always gets mentioned as its one of the most popular media streaming devices that let you stream your smartphone stuff on your TV.

By the name Apple TV, many people misunderstood it as a kind of a regular television set but on contrary to our imagination, Apple TV is a media box with a remote control system. It’s worth mentioning that apart from the external remote, there is no integrated control over the Apple TV box.

Apple TV is the popular Chromecast Alternative for the reason that apart from letting you display your iPhone, iPod, iPad content on the TV, Apple Tv also lets you stream content from iTunes directly to your television, which is definitely a considerable feature. 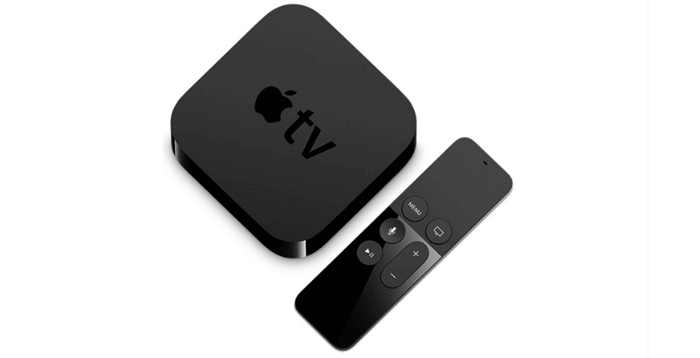 Besides that, there is also a feature of streaming locally stored content on the TV. Playing your iGadget games directly to your TV, easy interface, easy and seamless assembling are some of the features which make it the best Chromecast alternative device, somewhat better than the Chromecast itself.

Letting you stream your smartphone’s content on the bigger screen is just another feature of Amazon Fire TV, besides that, there are so many other high-quality features of Amazon Fire TV, that certainly makes it stand out of the crowd. 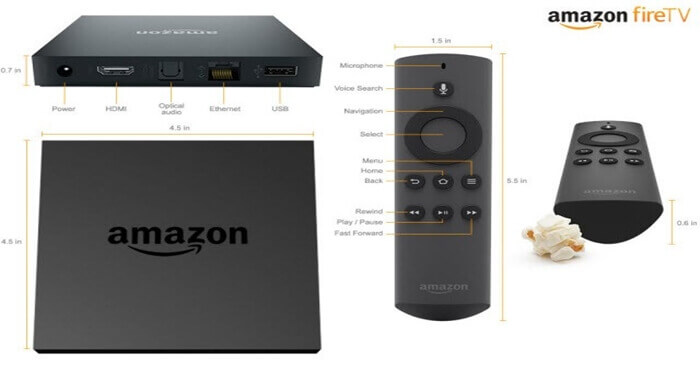 That’s not it. Amazon TV gives you access to over 15,000 apps, games, over 300,000 TV episodes, movies on Netflix, Amazon Video, HBO NOW, Hulu etc, Voice search and what not. If we’ll try to mention all the features here, the article will get too detailed. So its better you check them on the official link given above.

With the support over 1200 different media streaming channels, Roku is yet another Chromecast Alternative which is no less than Chromecast by any means. It’s a full-fledged feature rich media streaming device which makes a great alternative to Chromecast, Amazon Fire TV stick, Apple TV etc.

It won’t be wrong if we call Roku, a great combo product of popular media streaming devices like Apple TV, Amazon Fire TV, and Chromecast. The major plus we see in Chromecast is its tiny size but it lacks wireless control system i.e remote.

On contrary, the Apple TV, and Amazon Fire TV has remote control system but they are not as tiny and content as Chromecast. But Roku is one tiny dongle type device with the integration of remote. So it’s a perfect combination of all the mentioned devices. 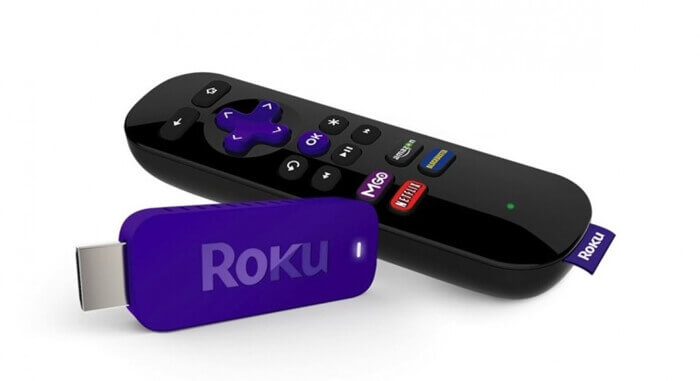 Besides, Roku offers almost similar features to Chromecast and its alternative media streaming devices, along with the free Android and iOS application to choose from. It won’t be wrong if we call roku a googd Chromecast alternative.

As we are discussing here the top 10 Chromecast alternatives, it’s pretty obvious that you are looking for a media streaming device that lets you stream smartphone contents to the bigger screen and that’s what Samsung Allshare Cast also does. 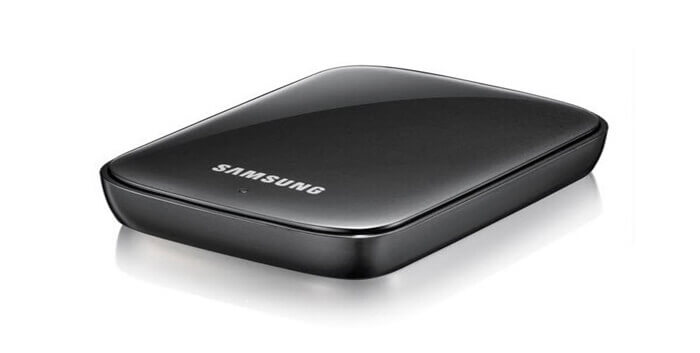 If you own a Samsung Android phone or a tablet and want to cast their screen to your TV, Samsung Allshare Cast is a great choice for you as it’s a Samsung product itself and it shows extreme compatibility with Samsung devices.

With Samsung Allshare Cast you can easily establish a connection between your smartphone and your HDTV via an HDMI cable or wirelessly. It’s your call!

Android TVs are a new venture of Google and extremely advanced media streaming device. Android TV lets you connect your smart gadgets whether it’s Android, IOS, Tablet, Windows or Chromebook to your TV. You can display anything to everything from these gadgets to your smart TV.

Besides that, Android TV lets you run various Streaming apps and multiplayer games, blockbuster movies, and even the live sports. 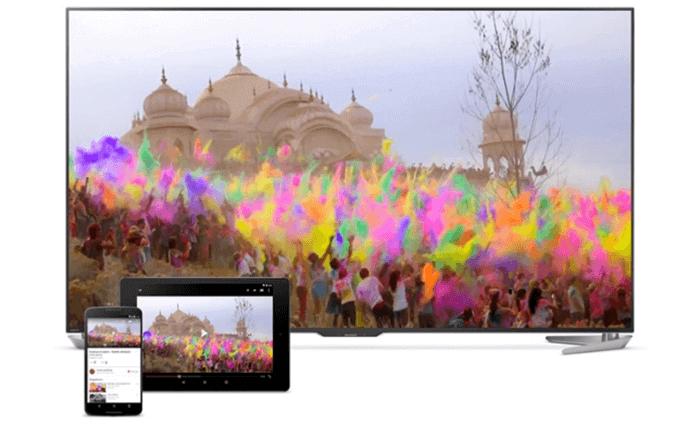 Android TVs are extremely content rich and there are several other features offered by them including voice search, high-quality content display etc that it doesn’t only make a good Chromecast Alternative but it’s getting even more popular and considerable than Chromecast.

If you are a fan of Chromecast just because of its tiny size and the easy working, probably Matchstick is also going to be liked by you. You don’t just need to stick to the Chromecast because of its dongle-like device which streams your smartphone content to the TV.

Matchstick is nowhere less than Chromecast in terms of services, size, and easy interface and that’s the reason Matchstick is considered as the good Chromecast alternative. 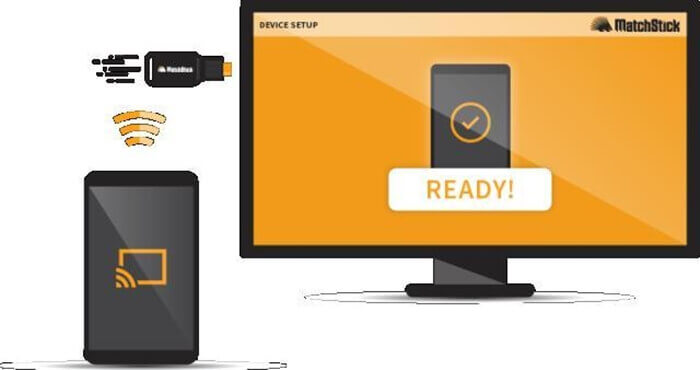 Matchstick is basically a Firefox OS based system which is open source and extremely reasonable that hardly cost you anything around $25 which is pretty reasonable as compared to its companion products.

To stream your smartphone’s content on your TV, you just need to plug the Matchstick dongle to your TV and establish the connection between the TV and smartphone installing the Fling app.

Teewe, again a great Chromecast Alternative designed basically for Indian users. It’s a great little media streaming dongle that does best what its meant for.

No matter if you want to display your Android, iPhone or your computer screen to your TV, Teewe does it all. It lets you display your phone or computer’s s screen on your HD TV with very little efforts.

You can connect your TV and your smartphone via a simple HDMI cable or wirelessly, it’s your own choice, but make sure you have Teewe’s native app installed on your smartphone, without that, you can’t enjoy your Android screen on the bigger screen. 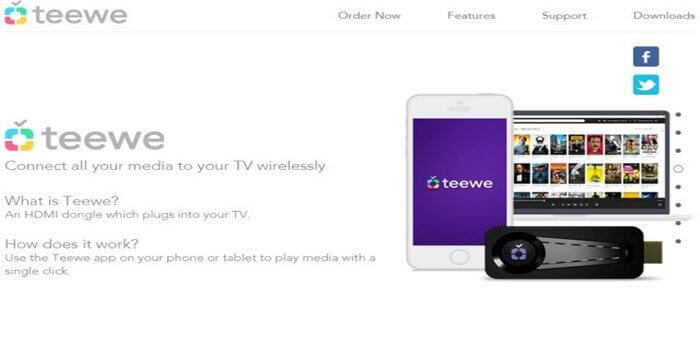 Teewe lets you cast anything from your smartphone to your TV, whether its local files from your computer, Youtube or any other online stuff. You don’t need any additional app or something to display locally stored files on your smartphones.

PiCast is the yet another Chromecast alternative which is good in its own way. If you are not very fond of wireless connections and want something more rigid and reliable for establishing the connection between your Tv and smartphone, PiCast is going to be your answer.

PiCast is a cheap way to display your smartphone’s content on your Television sets regardless of which phone you own. It can be a windows phone, android device or even an iPhone.

PiCast is good for those as well, who already owns a raspberry pi device and don’t want to spend any additional money on media streaming devices like Chromecast, Amazon TV, Apple TV etc. 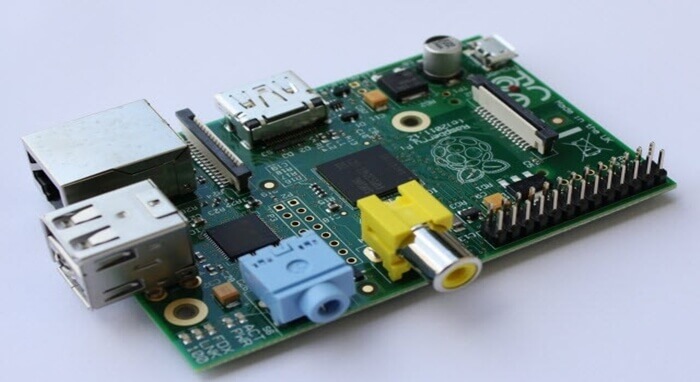 To stream your phone’s content to the bigger screen via PiCast, all you need to have is an open source Raspberry Pi device which we assume you already have, an ethernet cable and just a little effort to assemble the connection. If you have these things to input, you are good to go!

CheapCast, as the name suggests is the cheapest media streaming solutions with minimal features. So, if your requirements are limited to streaming the local storage contents stored on your phone and youtube videos only, CheapCast is there to help. 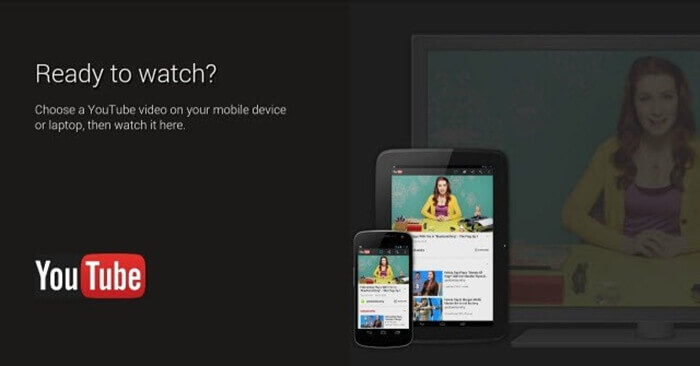 It’s basically a free Android app which you can download from any authentic source on the internet. Cheapcast is specially designed for Android users, IOS and windows users might not take advantage of this free media streaming solution.

To stream contents, you just need to install this app on your Android phone and connect it via an HDMI cable to your TV. If your TV supports this app, you will be able to access your Android content straight to your TV.

Last but not the least, the next Chromecast Alternative we have on our list is AllCast. Actually, it’s not really an alternative to Chromecast but a free supportive media streaming app, that enhances the functionality of other media streaming devices mentioned in the list like Amazon Fire TV, Apple TV, Roku, Chromecast etc.

There are several media streaming devices mentioned in the above list that are full-fledged devices offering several features but some of them fail to diplay locally stored contents on our phone to the TV like our Photos, videos, etc. 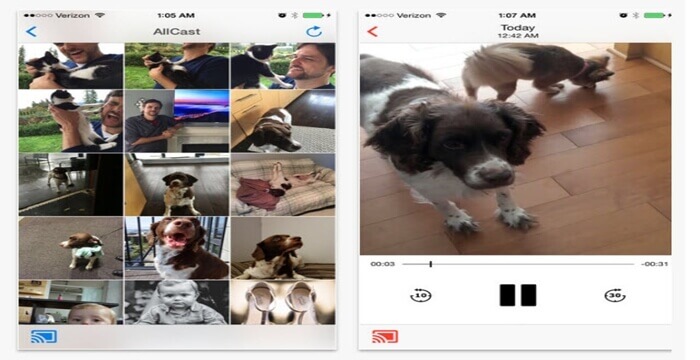 That’s where Allcast comes into the picture. AllCast lets the other media streaming devices display smartphone’s local storage on the bigger screen. So, All cast is surely not a Chromecast Alternative but it’s indeed a useful app that comes out handy at times.

The best thing about AllCast app is, it’s supported by both the platform i.e Android and IOS.

Did you saw how incredibly we can display our Android screen on the bigger screen without trying our hands on Chromecast? Yes, it’s that easy and some of the Chromecast alternatives mentioned above are even better than Chromecast itself in terms of features.

We hope the list was handy to you and you have found the best Chromecast Alternative for you. In the case of any doubt, query or suggestion, you can fill out the below comment form and tell us in the comment section below.

And if you think the article is good enough that it deserves to be shared, feel free to do that. We appreciate your share!