Android OS is indeed one of the most popular android systems and so is the Google play store. Without applications, the android phone is nothing but just a feature phone and to download apps, the best and the most reliable source we have is Google Play store.

In order to install apps from the google play store, we need to sync it with our google account. However, connecting google accounts with the play store is never a problem and in most of the cases, we don’t require to log it out. 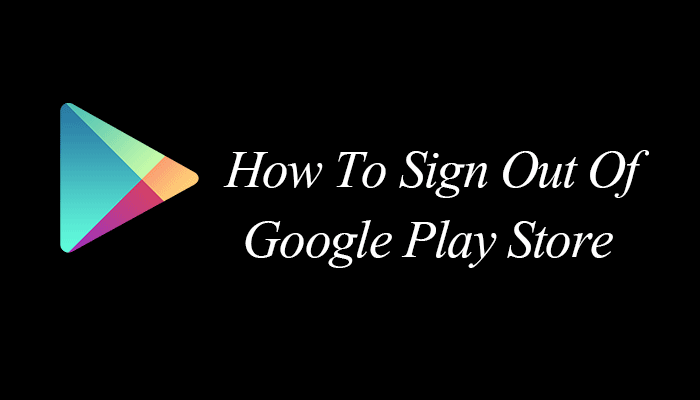 There are two ways to sign out from google play store. The first one is by going through the android settings, while the other method involves an app known as Sign Out. Let’s head over to the steps to use both the methods.

So in this method, we basically disassociate our google account from the android phone and thus, google play store also gets signed out of our phone. Let’s see how do we do it.

Step 1. First of all, just unlock your android device and head over to app menu and go to Settings. Just tap on the gear icon option on your phone. You can refer to the below icon to see what the settings option looks like. 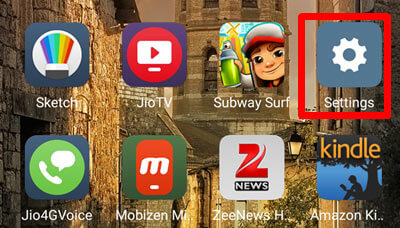 Step 2. Once there on the settings page, just scroll all the way down to Accounts section and just tap on the option Other Accounts. Just have a look at the below screenshot to find the option more easily. 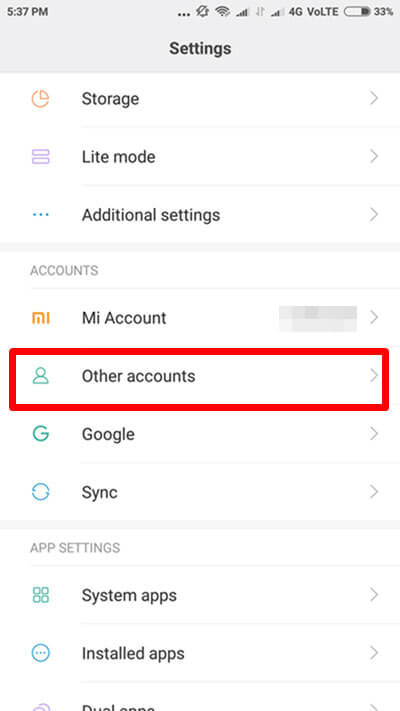 Step 3. As sooner you tap on the Other accounts, you will get to see a list of all the accounts associated with your android device including the Google Account. Now you need to tap on the very first option i.e. Google. I’ve grabbed a screenshot to help you out. 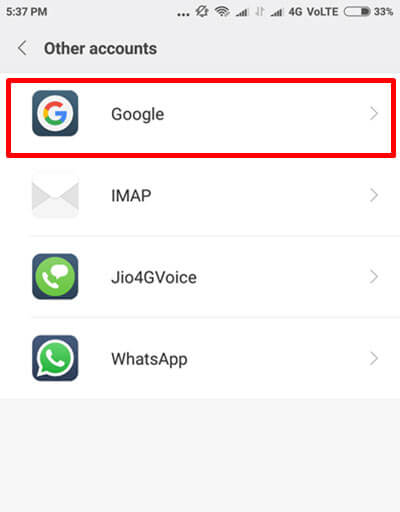 Step 4. On tapping Google, you will be provided with all the google accounts that have been signed into your phone. As you can see in the below screenshot, 4 google accounts are in sync with my phone. 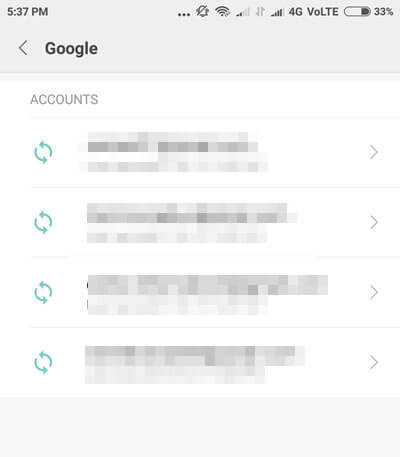 Now tap on the google account that is associated with your google play store. Or if you are signed in with more than one account on your play store, you need to tap on all the accounts one by one and do as directed in step 5. 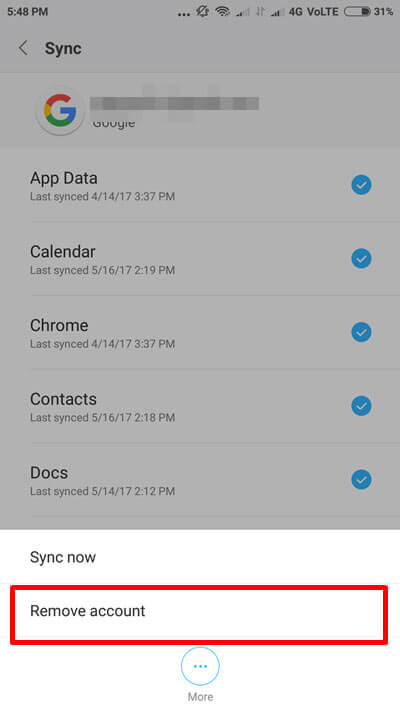 Step 6. Now just confirm the process and your google account will be disconnected with your phone and therefore, the google play store will also be signed out.

Note: The settings option might slightly vary as per the android model and version you have. But the difference will be minor. Just make sure you reach out to the google accounts option and disassociate it with your phone.

Now head over to figure out the second method of how to sign out of google play store.

If you are not satisfied with the first method and want to know an even easier way to log out from google play store, we have got one solution for you. But for this method, you have to use a third party app called Log Out.

Here’s how to install this app and use it to sign out from google play store.

Step 1. In order to install this app on your android, just head over to google play store and search for Logout app in the search bar. Now just tap on the very first option. 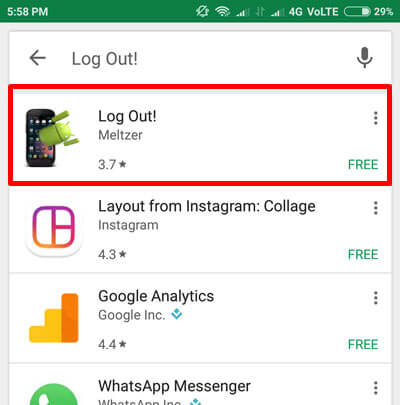 Step 2. Now just install this app on your phone by tapping the green Install button. Once the app is installed, just launch it on your phone.

Step 3. On doing that, the first screen you will encounter looks like the below screenshot. Now just tap on the first option i.e Logout all* accounts and in fractions of seconds, all the google accounts will be disassociated with your android phone and google play store will be signed out. 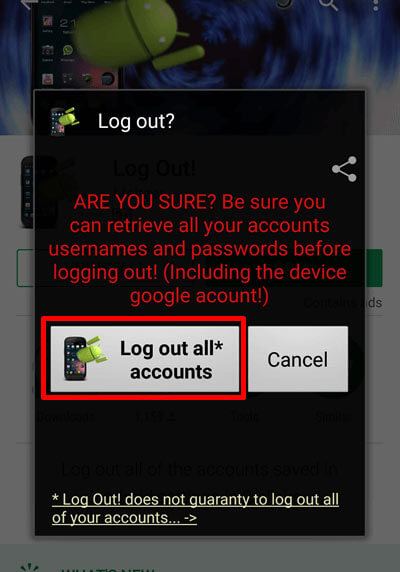 You might be interesting in checking 10 Best Tasker Profiles.

Google play store comes pre-installed on our smartphones and it’s the inevitable part for any android user. In order to download and install apps from google play store, we need to sign in to play store with our google account, but when it comes to signing out, there is no direct method to do that.