I’ve been with quite a few Video converters in my lifetime, and even though this Wondershare Video Converter Review started off as a “Video Converter” review, it actually will end up being a lot more than that, that’s a promise.

Wondershare? It’s a lot more than just that.

It’s obviously a video converter, but apart from that it also is a:-

So the one aspect that’s clear is Wondershare has a bucket-load of features. Let me walk you through a detailed insight of what exactly you’re being offered. 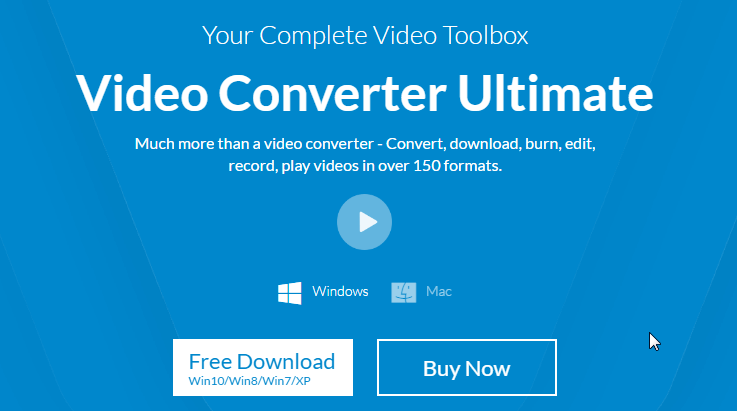 The first thing you’ll notice with Wondershare is its extreme user-friendliness.

Even if it’s your first time with any video converter or any of its other features, you won’t feel lost.

Then the output format and preset options are available on the sidebar itself. My whole point is that you won’t have to go fishing for options.

Apart from the user-interface, the video conversion process itself is extremely easy.

You can see a simple “Add Video” button just below the top bar, select your video output format, and click convert!

Well yeah, it’s as simple as that. 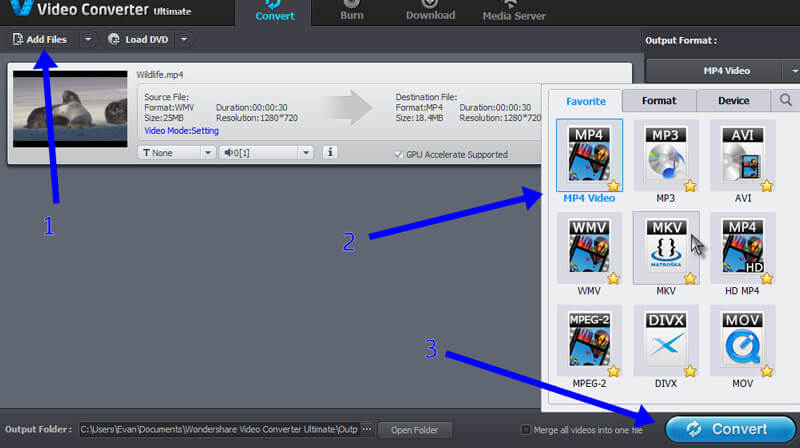 Which files can you convert? Well, almost every format! It supports all the major file formats including MP4, AVI, FLV as well as all the “not so popular” file formats such as .tivo, 3g2 etc.

It’s not possible for me to list out every supported file format here because then that would be a never ending list.

All I can say is it’s extremely rare (impossible) to come across a video format which you need to convert but Wondershare won’t support.

Wondershare doesn’t disappoint you with the output file formats as well. In fact, one of the primary reasons for me scribbling this Wondershare Video Converter review down is the fact that it supports over 150 different formats for your files to be converted to.

Technically if a video format exists, you can convert your file to that format using Wondershare, and trust me when I say this, Wondershare truly has one of the longest lists of output formats I’ve ever seen with any video converter.

Not just Video formats, Wondershare goes out on a limb to get you that “something extra” which everyone craves for.

It lets you convert videos based on your specific “Device type”. You can select your devices from among some of the most popular ones, including:- 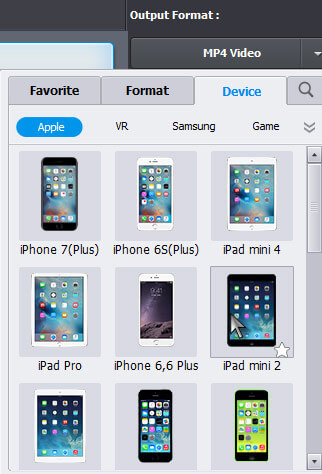 And nearly a dozen other formats made specifically so that you can avail the best possible quality on that specific device.

It also boasts output conversion “templates”, meaning from the conversions list you can choose a template based on your device in order to convert your video to a specific quality and format best suited for your device.

Now there obviously are over a thousand video converters on the planet, but I’ve never come across any which offer conversions as specific and distinguished as this and that’s again another pusher which got me to get this Wondershare Video Converter review done.

What makes Wondershare stand out from the crowd is the fact that it doesn’t just convert videos to a lot of formats, but it does so at a never before speed.

It boasts 30x faster speeds with the help of APEXTRANS conversion technology, which makes it arguably the fastest converter in the industry.

And the best part? There isn’t the least bit of quality loss either!

Now that Wondershare’s superpowers as a converter are established, let’s have a sneak-peek at its other specialties.

Downloading Videos from online video streaming sites is a headache. There aren’t a lot of tools which let you do that, and if there are, they cost a fortune.

And most of the time, the tools which promise to let you do so are extremely limited, let’s say maybe to Youtube and Dailymotion at best.

So that’s again an aspect where Wondershare breaks all boundaries. Along with the converter, you get a video downloader as well.

It let’s you download videos from almost all the popular, common video streaming platforms, including:-

Well it’s another method by which Wondershare lets you download videos. In case you aren’t feeling like copy-pasting the Video URL, you can click on “record” button on the video directly.

This will record and save the video in high quality on your system, which is the same as downloading it.

Not just that, you can even record your Video-calls and Tutorials for later references. Basically it records anything and everything that’s playing on your screen, making it a kind of universal video downloader regardless of the platform the video is being played on.

Need just the audio from a Youtube video? Downloading the complete video not only consumes more bandwidth and data, but time as well.

Well so another feather I can add to the cap of this Wondershare Video Converter Review is that with Wondershare you can download “Youtube Mp3” directly from any Youtube Video!

Just when we think Wondershare can’t offer anything else, it comes back and surprises us.

Apart from the conversions and downloading videos, it also lets you EDIT videos. Even though the editor is basic, it does provide for most of the common features you might wish for in a basic video editor.

The editor lets you:-

Wondershare comes inbuilt with a video burner as well which lets you burn your converted as well as native videos to any CD/DVD of your choice.

The Burner doesn’t just burn your videos, but also lets you choose from a number of pre-made video templates to spice things up for when you watch the video.

Last but not the least feature I’d be discussing in this Wondershare Video Converter Review is its media streaming capabilities.

It’s literally the one and only video converter which lets you stream media from your computer to other devices like Smart and Standard TV sets, iPads, Phones etc.

It can stream media both to a smart TV as well as a standard TV with the help of Roku, ChromeCast, and other devices.

If you have a DLNA certified device, your media files can be accessed from any other device seamlessly.

You might have the impressions that after all these features, you might burn a hole in your pocket if you buy Wondershare. Well let me tell you, you won’t!

Wondershare is a “commercial” product no doubt, but their popularity grants them the benefit of “mass audience” hence they can reap good profits even with dirt cheap prices.

There are basically 4 packages:-

So that’s all I had to pour in as far as this Wondershare Video Converter Review is concerned.

The features I’ve discussed are just a glimpse of what Wondershare is capable of, because obviously, it’s not possible for me to go through every single feature being offered, is it?

Anyway, I’m pretty sure that the features speak for themselves and they’ve painted a quaint picture for you of Wondershare.

I won’t tell you to go with, or not go with Wondershare. Because even though personally I’m more than satisfied with the product, I believe you should try it out for yourselves before jumping in.

So just head over to the official website, and download the product. Worry not, in case you aren’t satisfied with it, they also offer a 30-day money back guarantee!

And I believe a month is more than enough time for you to test the product out. In fact, they offering a month’s refund policy is just a measure of confidence the team has in their product, or else they wouldn’t risk offering such a time-frame.

So basically if you go with Wondershare, you aren’t limited to just a “Video converter” but you technically get 6 different products at the price of 1!

So that’s a Wrap-up as far as this Wondershare Video Converter Review is concerned. Do let me know your take on the review, as well as the product.

« What is igfxpers.exe And How to disable it?
Freelance Writing Jobs for Beginners: 10 Sites to Get Your First Job »