SERP Empire review 2022: What exactly is SERP Empire? Can it truly provide safe and guaranteed organic clicks and traffic?

Well, imagine you’ve a genie. The genie gives you “organic” clicks from search engine for any keyword you want to. SERP Empire is that genie.

Because Google loves content that others are liking, these clicks and traffic result in a ranking boost for you= more organic traffic.

If that got you an idea, we better start with this SERP Empire review, eh?

It’s a SEO company/tool that provides geotargeted “organic clicks” for your website.

As a user, I get to customize my website, keywords, and a lot more. Even specific countries and states can be chosen for those clicks.

These clicks basically increase my CTR (Click Through Rate), which in turn increases my organic clicks from other users.

Do note that it’s not just a “traffic generator”. This means, SERP Empire does provide “traffic”, however, that’s not its primary goal or function.

Rather, it’s more of a “click” generator. Because of these clicks, your articles/business will rank higher and get you more traffic.

Moreover, it also clicks on “links within the article”. This generates more “pages/visit” for you, but also acts as SEO booster for those other articles, doesn’t it?

Let’s discuss its features then?

SERP Empire offers some of the most detailed, minute and specific customizations I’ve seen ever, with any tool.

When buying clicks here, you can pinpoint exactly what you need.

Here’s a glimpse of what can be customized: 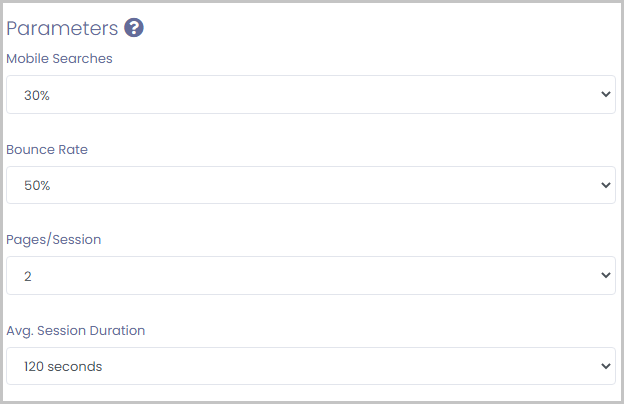 So, SERP Empire lets you choose the percent of traffic you want to be from “mobile” devices.

This serves two purposes. First, you obviously get your clicks and traffic. But, also helps establish your “mobile-friendly” metric for even better rankings.

You wouldn’t be on this SERP Empire review if you didn’t know how important it is to manage your bounce rate.

So, you get to choose the exact bounce rate percent on SERP Empire. Do note that while it’s possible to choose the 0% bounce-rate, that wouldn’t look natural and isn’t recommended.

It’s best to set it to whatever your normal bounce rate is, or maybe just a tad-bit lower.

SERP Empire even lets you select the number of pages/sessions you want for each click.

The minimum is 1 click/session while the maximum is 5 pages/session. This provides you with even more traffic as you get traffic on internal links within your articles!

For example, here I got a click for my primary article, but then also on 2 other articles (as I had set 2 pages/session). 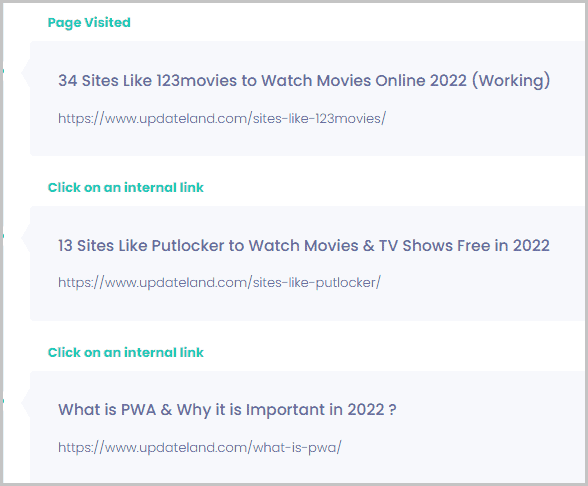 Similarly, the session duration too can be manually set. It can go from 5 seconds to 300 seconds.

Traffic during the week

When I said “extreme customization”, I meant it. They’ve got this option that lets me choose the “percent of traffic” I need for each day of the week. 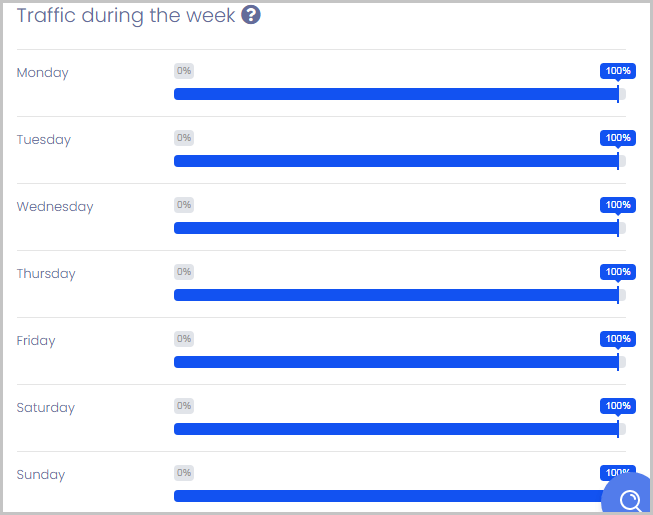 Adjusting these only needs you to adjust the sliders. No complicated maths involved!

I’ve often believed computers are smarter than (wo)man. I’m sure you agree.

Now, SERP Empire has this feature where it lets your computer do all the work.

You simply need to connect your Google Search Console to SERP Empire.

It then automatically fetches the best keywords for your site.

Similarly, the tool is also capable of detecting the best country for your site.

This makes sure you get clicks on those keywords and from those countries which have the most chances of improvement, and probably will benefit you the most.

Obviously, you can manually choose your country/region, as well as keywords. That’s what the next section on this SERP Empire review is about.

Obviously I prefer to use the “magic” feature discussed above. It’s much simpler and does the job for me, on automation.

However, if you’d like to add your countries and keywords manually, that’s possible.

You can add specific number of clicks for each keyword individually.

Similarly, it lets me choose not just the country, but, also the state when it comes to selecting my region.

If you wish to target the entire country, that’s possible as well.

How to create a campaign with SERP Empire [In X clicks]

As mentioned earlier on this SERP Empire review, the UI is very easy.

Step 2: Next, Choose your traffic source. You can go with either:

Then you simply enter a name for your campaign and your URL.

Done. Your campaign has been created.

Now, you can either use its “magic configuration” tool to automatically fetch your country and keywords, or enter them manually.

I’ll go the manual route for now. Also because the magic tools simply need you to link your Google Analytics account. It’s a 2-click process and doesn’t really need an explanation.

Step 3: From your dashboard,  click “Add a new country”.

Step 4: On  the next screen, simply choose your country and a region for more specific targeting.

The next page will ask for your keywords. Simply add your keywords and specify the number of clicks you need for each keyword. (Pay attention to your total available clicks based on your plan and distribute them accordingly).

SERP Empire will now search for your keyword and provide you the clicks you requested.

This SERP Empire review wouldn’t be complete if I do not talk of their support now, would it?

Well, the company has a live-chat on its website. You can send them messages using the chat window and get responses right there.

However, note that it’s not instant. It generally takes about 30minutes-1 hour for responses. Hey, I’m just being transparent and honest here.

However, I must say once you do get connected to an agent, the next replies are instant and pretty helpful. You aren’t redirected to FAQs and pre-written guides. The staff does give you actionable insights into whatever your problem is.

Before I sign off this SERP Empire review, let’s talk of the Elephant in the room?

So, how much would this cost you?

In my personal opinion, this is extremely cheap. The math for “cost per hit” is extremely low and affordable, no complaints there.

Do note that the package also determines the “time on site” and “pageviews” you get for each visitor.

As far as making a payment, you can pay using almost any Credit card out there. Not just that, they even accept Cryptocurrencies!

So far, we’ve talked of the “technicalities”.

However, is the UI well-designed? Is it easy to understand and/or customize?

Let’s have a look? Here’s my dashboard :

It very clearly shows me the total searches it has processed for this campaign, and the clicks I’ve got.

The graph plots this data on a time-click graph for easy understanding.

If I go down, I get a list of my keywords. What I loved here is its one-click “change” feature.

It also shows me my average position for each keyword.

Clicking on the little “chart-like” icon takes me to a detailed statistics page, for that specific keyword.

On the statistics page (screenshot below), it shows me the no. of searches/clicks I’ve got for this specific keyword. I love the fact that it shows the position for the keyword separately for mobile and desktop searches.

Bottomline? The data is shown such that even the newest of users can easily understand it.

Let’s summarize what I liked and didn’t like with the tool then?

So, what are my personal thoughts on the tool?

I absolutely love it. Let’s be honest, which website owner wouldn’t like guaranteed clicks and traffic, specially at these prices.

Even the UI is such that I can create and optimize campaigns without getting frustrated or confused.

Obviously, it’s not without flaw. For now, only those keywords which are at least in the top 30 can be targeted. Also, the support response time could be improved.

But hey, the pros here heavily outweigh the cons.

So in a nutshell, I’ll rate this Serp Empire review a 5/5 and with that I’ll be signing off.