Video editing is stereotyped as one of the most laborious, resource-consuming and “skill-requiring” jobs in the industry. That’s a notion we aim to explore, and maybe change through this VideoProc review.

Either you’re a blogger, Youtuber, Gamer, Instagrammer, Influencer, or anyone else. This century is completely video-driven and there’s no limit to who or why someone would need a video editing software, isn’t it so? Video editing by itself is a high-paying job in both the private as well as government sector!

So we scribbled down a transparent, totally unbiased an honest review of VideoProc. I’ll just lay out the features and powers that the tool brings with itself, the decision of going or not going with the tool is and should be completely your own.

VideoProc Review: What is VideoProc?

VideoProc, as the name suggests is a video-editing tool. It’s a lightweight (less than 50MB) tool for Windows and Mac.

Its speciality lies in its ability to edit 4K, high-speed or just the best quality videos at a much (much) faster speed, without quality-loss. Worry not we’ve discussed the features in detail later.

Here’s an overview of the tool:

Another stereotype with most video editing tools is that using them would be complex. Or you’d need advanced computer and graphic skills in order to edit a video.

That notion too is challenged and proven wrong by VideoProc. Once installed, here’s what the dashboard looks like:

All you’ve to do is, choose what you wish to use VideoProc for. Clicking on the “Video” would bring up the video editor. The downloader is to launch the in-built downloader. Finally the recorder would let you record your screen, as well as mic and webcam!

If I click on the “Video” option, this is what comes up:

As is evident, anyone with basic computer and English knowledge can make heads and tails of what’s on the screen.

The same ease of use holds true for all other features offered by VideoProc.

This VideoProc review can’t be complete without we reviewing the tool’s video-editing capabilities, can it?

So well once a video is added to the video editing panel on the tool, here are the options that follow:

You can add effects, which would bring up another popup which shows an original version of the video, as well as a preview version of the effect you’re trying to add.

Additionally you can control other elements such as Gamma, Saturation, Contrast, and Brightness etc.

Cutting, Splitting and re-arranging clips/segments too seemed equally easy. Bottomline, the basic video editing interface is totally made for newbies and first-timers.

Here’s a step-by-step tutorial on how easy it is to cut GoPro 4K footage using VideoProc.

If you’re an advanced user you can even customize the Video as well as the audio codec of the video manually.  Everything from the frame-rate, bitrate, Bframe and GOP is customizable.

One of the other features that its video-editor provides is that of format conversion. You can convert the video to over 50 different formats.

It even has over 10 primary profiles and then sub-profiles for each profile. Such as you can directly convert the video to the best suited format for- Apple devices, Samsung devices, Android Pads, Android mobiles, Youtube, Facebook, Vimeo etc.

The sub-profiles under “Apple devices” include iPhone video, iPad video, iTunes video, iPod video and so on.

For each profile, you can also manually set the quality from low to high.In my personal experience, its ability to retain the quality of the videos and the speed of getting the conversion done was indeed impressive.

All a user has to do is, copy the URL of the video they wish to download and paste it onto the in-built video downloader. The tool will analyze the video (takes 30-35 seconds) and bring up the download options.

As is evident, you can choose from multiple quality choices. What’s more is you can even use its in-built subtitle-search functionality to search for subtitles for the video without doing anything manually?

Need to download multiple videos?It allows multiple batch downloads in a single-go as well. The output format for each video can be set manually.

Now compared to most other “video downloaders” out there which charge a premium for that one feature, it’s included free-of-cost with Videoproc which does seem like a sweet bargain.

One of the final features we’d be discussing in this Videoproc review is its Video-recording feature.

It also offers the advanced feature of “Removing the background” from the webcam so only your face and body are visible keeping things professional.

It allows adding elements to the video such as arrows, lines, texts etc. during the recording which not only spices things up but also makes the video better understandable by the viewers.

The product markets itself as the ONLY full GPU accelerated video processing Software.

As per VideoProc, other similar software out there either offer no GPU acceleration (and only use the CPU), or offer lower level accelerations.

What this means for us as users is that it we can process the video 47x times faster without lags, freezes or the system getting stuck. Which by the way is one of the most common problems with lower-end systems trying to edit videos?

In other words, regardless of your system not being a very heavily equipped or expensive rig, you can edit the videos just fine! I’m running a4GB RAM, 32-bit Windows 7, Intel Pentium 2.40Ghz system (most cell phones are faster). And yet I experienced absolutely 0 lag or freezes which is unprecedented for me.

Furthermore, because the tool is capable of sharing the resource-load with the GPU instead of straining the CPU exclusively, the CPU usage is limited at not more than 33%. Which otherwise in most cases goes all the way up to 100%.

This enables editing, processing and working with 4K and even high speed videos much easier and smoother.

Bottomline, the back-end of the tool does bring with itself couple features which seem absent with other similar tools we’ve been with.

One of its other features is DVD-conversion. You can convert data from your physical DVDs into digital formats. This converted data can then be transferred to other devices such as cell phones, cards, tablets etc.

So the tool is feature rich,but is it pocket-friendly? For starters it does offer a free-version which allows for almost all the features, but with a watermark and a 5-minute time limit.

The pricing plan is based on the time-frame and the number of users allowed. The three primary pricing plans are:

The payments can be made via a number of ways such as Credit/ Debit cards (American Express, Visa, Mastercards, JCB, and Discover etc.), Bank/ Wire transfers / Alipay, Giropay, Wechat Pay, Konbini, Carte Bleueand many more.

They also offer a 30-day moneyback guarantee in case you think you got less than what you bargained for.

Here are the features I liked and/or didn’t like with VideoProc:

So that’s a wrap as far as this VideoProc review goes folks. I’ve tried to bring forth all the features that the tool brings with itself with utmost honesty throughout this review.

As far as my personal experience goes, I used it to edit a couple videos and it was easy, professional and “fast” (very).

The pricing plan may seem a bit steep, but then I considered the fact that it’s a video editor + downloader + recorder and much more so it probably can be justified.

Anyway that’s just my opinion on the tool. Do drop your two cents on what you think of VideoProc as well as this VideoProc review in general.

« CustomWritings.com Review to Know All the Ins and Outs of an Essay Writing Service
How to install WhatsApp on your PC and fix the problems it has on Windows 10 » 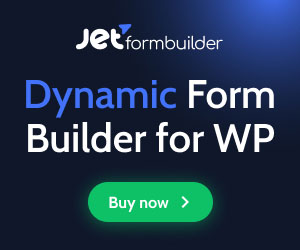 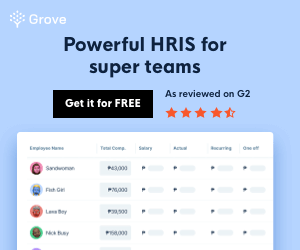 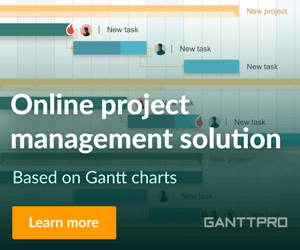