Who doesn’t like 4K HD Videos? Being able to play said 4K HEVC videos without lags, freezes or stutters is another story though. By the end of this piece you should be able to play 4K HEVC/ MKV UHD videos with ease on your system.

Most users out there either aren’t quite clear on what 4K HEVC videos are, or aren’t aware of the actual reasons why they aren’t able to play it. Most often then not, it’s blamed on the video player, a fact which is only partially correct.

Hence before getting on with this article, let’s clear some basics first?

What are 4K HEVC Videos?

HEVC on the other hand stands for High Efficiency Video Coding. It is the Video coding technology which compresses the videos into more widely acceptable sizes without compromising the quality.

In other words, 4K videos generally take up a lot of space and are harder to stream, transfer and play. However with HEVC coding, the videos consume up to 50% lesser space.

HEVC coding also known as H.265 is the successor to AVC coding, which is known as H.264 coding. AVC Coding is currently the most widely used and popular video coding for high-quality videos.

How AVC H.264 video coding functions is, it breaks down a frame into multiple macroblocks (chunks), identifies the chunks which remain the same for more than one frames, and stores an individual chunks’ data to show all the other similar chunks.

In doing so, it only stores the data of “one chunk”  instead of having to store the data for each chunk because they’re the same. This naturally lowers the total data stored by the video, hence resulting in a much lower file-size for the same video without compromising on video quality.

In this example, most of the area is “black” in colour. Hence, the data for one black-chunk will be stored, and replicated for all the other black chunks.

Note that, the maximum chunk-size possible on H.264 videos is 16X16px while HEVC H.265 video coding can break chunks down into 64X64 pixels.

This means a decrease in the total number of chunks for the algorithm to remember, further decreasing video size.

Because HEVC breaks down frames into “chunks” (rectangles/ slices/ squares etc). it’s capable of decoding each of those chunks individually, but simultaneously. Most standard computers today have multi-core processors, and hence multiple threads make this possible.

This translates into lesser lags and a much better watching experience overall for us as users.

The above technicalities were just the tip of the iceberg, the entirety of processes that make H.265 videos possible are quite resource-hungry. In a nutshell, H.265 videos require nearly 10 times more computational power than what’s needed by H.264 Videos.

They require not only adequate software in the form of an Operating system which supports 4K HEVC videos, and a 4K Video Player; but also powerful-enough hardware to be able to get the tasks done.

As of today, having one of the following Hardware (similar, or closer specs will work too) would increase the chances of you being able to play a 4K video smoothly:

As for the Video Player, I personally use 5K HEVC Player to play the videos. Well there are reasons to it.

This is the prime reason why I went with 5K Player among the few other possible choices.

Most UHD Players and H265 Video players only use the CPU to decode the mathematical complexities required to smoothly play a 4K H.265 Video.

That just isn’t enough. Hardware Decoding too is required to be able to play the videos with an acceptable speed and quality.

What this means is, without the Hardware acceleration that 5K Player offers, any other HDR player(s) would only be able to decode the videos using the software, or the CPU of a system.

While 5K Player’s Hardware Acceleration powered by NVIDIA, Intel, DXVA and AMD is capable of utilizing both your CPU, as well as the GPU (Graphics Processing Unit). This takes a major chunk of load off the CPU, and is capable of decoding the videos much better.

This also means your CPUs won’t get overheated, over-loaded with tasks and would just live a much longer and healthier lives as compared to when using players which lack Hardware acceleration.

There aren’t many HEVC players out there capable of playing 10bit HEVC and 8K H264 Videos so far.

8K is one of the highest resolutions available to us humans currently. Naturally it has some very special requirements and specialities. Fortunately, 5K Player facilitates the processing of those videos with ease without requiring any additional help.

It’s also loaded with tons of video codec packs and hence no external codec packs are required to play the videos either.

The 5K Player seems to be made for the non-geeks. Even if you don’t know what video players are at all, I doubt you’ll get lost trying to navigate around the player.

I personally love its border-less screen display. Although the transparent control buttons are pretty well-placed and self-explanatory.

You can control the volume, Play/Pause, control loop-settings and so on. Despite its advanced technical capabilities, the user is offered an extremely simple interface.

The player isn’t just an MKV player, but also a basic editor. Yes, you can’t make the intro for Avengers with it, but you can adjust the video to fit your requirements and taste.

If you own a device which supports DLNA, you can interlink them (mirror) them to each other using 5K Player’s DLNA feature.

It also supports AirPlay which allows us to mirror our Apple devices (iPhones, iPads etc). to our Computers, PS4, Xbox and TV sets.

As if that wasn’t enough, they also integrated an in-built “screen recorder” which can be utilized even when device screens are being mirrored!

I’ve spent upwards of USD $100 in total on other apps just for them to let me download videos off Facebook, Youtube and basically any other site on the Internet.

The exact same feature is integrated for free with 5K Player. It allows users to download audio and video files from over 1000+ websites!

Not just that, it even allows the following controls while downloading:

5K Player is a free media player, despite being quite advanced and feature-rich. Basically users get a HEVC player to Play 4K Videos, an all-in-one Video downloader, Movie streamer and Mirror-feature, and even live-radio.

Not a bad deal for USD $0.00; don’t you agree? Here are the direct download links to download this 4K Player for Windows as well as for MacOS:

Final Words on How to Play HEVC/ 4K Videos

As explained briefly in the above sections, HEVC/4K videos have their own demands. You may or may not go with 5K Player, in case of the latter; you may give VLC Media player a try. It too is capable of playing 4K videos.

However as explained in the section above, 5K Player isn’t just an HD video player, but also brings in an army of features with it.

It’s not even limited to videos, you can play Music in almost all the formats, including MP3, WMA, FLAC, ALAC AAC, AC3 etc. providing for lossless audio experience. It also is capable of playing 360-degree videos, and supports almost all the existing video formats!

So in my personal opinion, 5K Player is totally worth a try in the least, you may or may not keep it forever that being a personal choice.

Why don’t you let me know of other MKV Player / HD Players that you think are capable of playing 4K Videos in the comments? 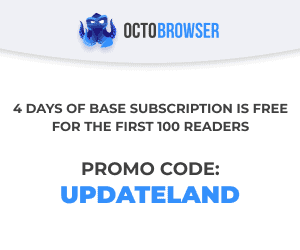