If you value your privacy, want or need to be anonymous or access restricted content while not burning a hole in your pocket, you’ve landed exactly where you should have! Those are the goals we are trying to achieve through this ShadeYou VPN review.

Before digging deeper through this ShadeYou VPN review, I’d be happy if you lend me your attention for a bit of technical discussion, on why exactly you’ll be needing the VPN!

Why do you Need ShadeYou VPN?

The one reason you probably already know is “hiding your IP address.” What you might not know is hiding your IP isn’t exactly “hiding” your IP in the first place, and secondly that doing so effects quite a lot of other factors of your whole internet thing.

What I mean by saying that it isn’t hiding your IP address is that, no VPN can “Hide” you IP address as such. All they can do is change your IP address, and provide you with an IP of their own.

So it’s in a way masking the IP address rather than hiding it.

Now there are nearly a dozen other benefits of using ShadeYou VPN, but I’m sure the above few are fully capable of painting you a good picture of what we’re talking about here, isn’t it?

Evan if it’s your first day with a VPN, you ain’t getting lost with ShadeYou VPN no matter what.

They’ve got a simple switch you need to click/slide in order to turn the VPN on/off. And the same simplicity holds true for all the other features and options as well. 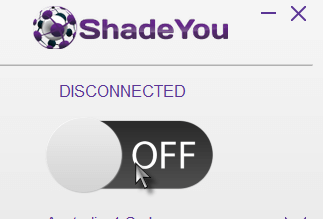 It supports almost every operating system that exists, including:- 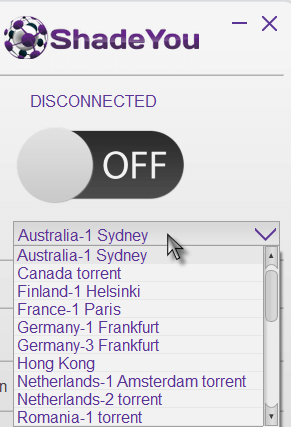 Like with any other VPN, you need to make sure that there are enough options for you to choose from when it comes to changing your IP address don’t you?

Well in that case ShadeYou VPN offers you as many as 15 different countries to choose from.

To name just a few. And the good news is that most of these countries offer you more than just one choice of servers.

So you can choose which server exactly you want to connect to the internet from!

It’s an OpenSource VPN that can be combined with any other VPNs configuration files.

It has two connection protocols of its own:-

Another one of the advanced features which motivated me scribble this ShadeYou VPN review down was its “Kill Switch” feature.

It’s an advanced feature which makes sure that you at no point are left unprotected from the VPN’s superpowers.

Whenever the VPN gets disconnected for some reasons (and it happens rarely), your internet connection gets automatically disconnected so you aren’t left vulnerable to the privacy invaders.

Not every bit of data (DNS requests) you send to and fro your system is protected or encrypted, hence there’s always a risk of your DNS being leaked out there on the web.

However that’s not true for ShadeYou VPN. Meaning it’s armed to the teeth with advanced options which make sure that nothing of such sort can happen.

The primary reason why I thought of putting this ShadeYou VPN review out here In front of you folks is that ShadeYou VPN doesn’t keep any logs!

Well yeah, most VPNs do keep a log meaning if needs ever arise there’s a chance of your privacy being invaded.

But ShadeYou VPN? Nope it doesn’t!

As you might be well aware, there are encryptions such as 256 bit, 2048 bit etc. Well unlike most VPNs which offer you 256 bit encryption, ShadeYou VPN gets you as strong as 2048-bit encryption.

In other words, you’re as secure as you can be.

Unlike most VPNs, ShadeYou VPN doesn’t limit or cap your data or bandwidth no matter what.

You get the same speed and the same level of access on day 30th of the month as you get on day 1st. 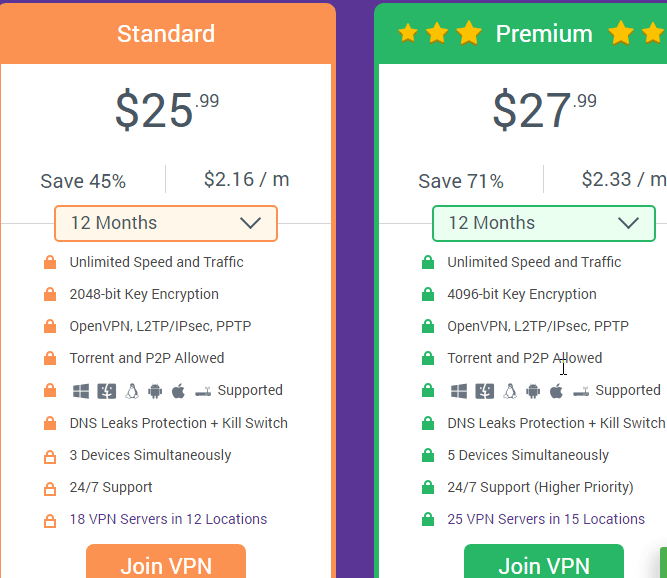 Now finally down to the most important question of all, does ShadeYou VPN burn a hole in your pocket?

Obviously no! Which would be clear once you go through their pricing plans:-

Both of the plans break down to less than $3/month, which is cheaper than my monthly expenditure on coffee, and privacy is definitely more important than caffeine, so cheap? Nope, Dirt cheap is the word I suppose!

This is another one of those features which forced me to get this ShadeYou VPN review done!

It supports just about any kind of payment method that I’ve heard till date. Including BITCOINS!

Well yeah Bitcoins are the anonymous currency which keep your privacy intact so that’s a green signal for me in itself, but apart from BTC, other payment methods include:-

Am I saying ShadeYoU VPN is “The best VPN out there”? Nope! That would be a pretty far-fetched claim, because every VPN has its pros and cons.

But can I claim if this is the best VPN as far as this many features at this price-range is concerned? Well yes, totally!

Although I’d leave the final verdict to you, go out there and try ShadeYOU VPN for yourselves and then you can be the judge and jury of how good it is.