In this article, you will see best Skype alternatives for video calls, voice calls & text messaging in 2023.

There are certainly a large number of Software available on the Internet which claims to be the best Skype alternative for PC, android, and other possible platforms. But in reality, they just offer nothing but garbage.

But I’ve tried my best to dig out the literally best Skype alternative just to help you out.

So let’s move further with no time.

Viber offers every single feature offered by Viber that you want to have in your preferred video calling and messaging application.

From video chat to the voice calls, text messaging to group chat, there is barely any feature that Viber fails to provide. Viber was first introduced in 2010 and has continued to grow ever since.

The video and voice quality you get on Viber is extremely good. And that’s the reason, Viber has received over 800 million registered users as of December 2016. The best part is, Viber is absolutely free to use.

There are several other lucrative features offered by Viber like the ability to send voice messages, file sharing, integrated photo editor etc. that makes it the best alternative to Skype and I’m sure you will also love using it!

With VSee, you can make HD video calls with anyone around the world without paying even a single penny!

There is no limit of placing video calls. Meaning, you can talk with your friends, colleagues, relatives, and anyone across the world whenever you want to for the unlimited number of times.

Besides one to one video calling, VSee also offers group video calling. This feature is really handy for those who want to conduct an online conferencing, meeting or a webinar. However, the free version of VSee limits the number of people in a group chat up to 15-20.

But if you want to increase the limit, you can go premium anytime by paying the amount they ask for. Apart from video calling, VSee also offers other features like Instant messaging, file sharing and screen sharing etc.

On Vsee, you can share unlimited files but there is a limit in screen sharing. If you are using Vsee free version, you can share screen only once a day. But if your requirements for screen sharing are higher than this, then you can increase this limit by going premium. 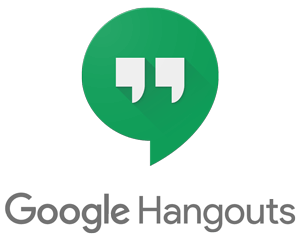 If you are not a complete novice on the Internet, I’m sure you already know about Google Hangouts.

Google Hangout boasts some amazing features which make it one of the best video chat software on the Internet. In fact, Google Hangout has its own popularity and following who rely on it for their day to day online video and voice calling needs.

Besides making 1 to 1 video calling, voice calling and text messaging, you can have a group conferencing up to 10 people on Google Hangout for free.

One of the unique features which aren’t offered by any other Skype alternative including Skype itself is the Hangouts on air. With this feature, you can broadcast your live hangout. The best feature of Google Hangout which sets it apart is its integration with Google+.

In order to use Google Hangout video calling feature, you don’t need to install any additional software. All you need to have is the Google account. If you have that, you can make video calls, send an instant message to any of your Gmail contacts! 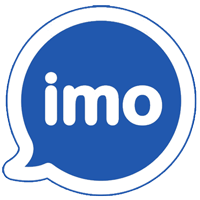 IMO is one of the fastest growing and best Skype alternatives and my favorite video, audio and instant messaging application.  You can calculate the popularity of IMO with the fact that it has got over 100 million downloads just on Google play store.

The rating of IMO is 4.3 out of 5, with over 3.9+ million user reviews. Since IMO has got 100+ million users, the probability is really high that your contacts are already using it and you don’t need to ask them to install any additional application in order to call them.

Do I need to say anything more about IMO? IMO is not just a Skype alternative for video calling, in fact, IMO is far better than Skype in terms of speed, interface, and the ease of placing a call.

Some of the features of IMO includes photos and videos sharing, Group video calls, text messaging with hundreds of free stickers, Encrypted chats and calls and so forth! And the best part is, besides Android and iPhone, you can use this app even on your desktop!

UberConference offers almost the similar features to Skype. And that’s the reason, it is considered to be a great replacement to Skype.

UberConference boasts some amazing features which make it stand in the competition! On UberConference, you can do unlimited group video calls with up to 10 people at a time which is a pretty decent number.

Some of the other features of UberConference includes the ability to view the social profiles of the person you are talking to, Android and iPhone app, screen sharing etc.

Besides, UberConference is also free like most of the other best Skype alternatives with standard features. To have access to the advanced features, you need to go premium!

UberConference is indeed one of the best Skype alternatives on the Internet. But instead of trusting my words, I would suggest you to try UberConference on your own. And let me know your review about this software in the comment section below.

Jitsi is not exactly an alternative to skype but it offers pretty decent features to be one of the top Video-conferencing software.

If you are looking for the best Skype alternatives because you are not satisfied with the quality of the group video chat on Skype, you can try your hands on Jitsi. And I’m pretty sure you will like it.

Unlike Skype and most of the other best Skype alternatives mentioned in the list, Jitsi doesn’t support instant messaging, neither it works on all the platforms except Mac, Windows PC, and Linux.

Jitsi is an open source platform best suited for video conferencing. Because to avoid any clutter and confusion while video conferencing, Jtsi makes sure to pass everyone’s video and audio to all participants, rather than mixing them first. 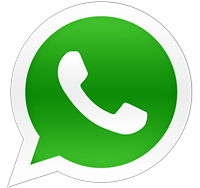 Whatsapp is the most popular messaging app across the world. If you will say you don’t know about Whatsapp, certainly you are lying. Or perhaps, you are an alien and doesn’t belong to the earth!

Whatsapp was initially designed as a messaging app which used to allow its users to share photos and videos with 1 click. Over the time, Whatsapp became immensely popular and new features keep on adding.

At the current scenario, Whatsapp allows not only text chat but voice and video calls are just a matter of a click! As I said, since Whatsapp keeps on getting new updates every now and then, the quality of voice and video call has improved a lot and it’s getting even better with the time.

Whatsapp is now on every phone and it makes use of your contacts. So there are good chances that your friends, relatives etc are already using it. So you don’t even need to ask them to install any additional software or application.

On Whatsapp, you can do even group video chat without any hassle. If you are concerned that Whatsapp works only on Android and IOS, then don’t worry. It works fine on the desktop too! So there are all the features offered by Whatsapp that makes it stand in the list of top 10 best Skype alternatives.

If the quality of the video and audio matters allot to you in a video chat, Perhaps, ooVoo is the application you want to try out!

ooVoo is one of the popular Video Calls and Messaging application with great features! If you have ooVoo installed on your phone, you can be in touch with your friends and family from anywhere around the world.

Like any other messaging app, ooVoo allows users to have a 1-on-1 or group video call for free. However, the limit for people you can add in the video conferencing is 8.

Besides the standard features like the ability to share video, audio, photos, and files, you can also share the screen with your friends on ooVoo. The feature, that sets ooVoo apart is the ability to record the video and audio calls.

If you buy the premium version of ooVoo, you can attain even more features that aren’t available in the free version!

Do you still have any doubts on why ooVoo is considered to be one of best Skype alternatives? I’m sure you don’t!

If you are a business person and you have to conduct online conferencing and meetings with your colleagues, clients who stay apart from you, GoToMeeting is the perfect application for you.

Some of the features offered by GoToMeeting are, Clear Screen Sharing, Audio and Video quality, the ability to schedule meetings, team Settings Customization, availability on phone, tablet etc.

There is no doubt that why GoToMeeting is the Go-to application for officials. But since we know, quality doesn’t come for free Therefore, GoToMeeting also charges you to offers their service.

However, they do offer a 14-day free trial period that you can try your hands on! You can check out more pricing details on their official website! 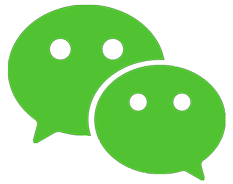 If you don’t know WeChat already, try it out once. I’m sure you will like it. WeChat is more like WhatsApp and other instant messaging application which offers all the features for effective communication.

There is a facility to voice call your friends, video chat with them, text messaging and videos and photo sharing. WeChat also allows group video and voice chat! However, there is a limit for the people you can add in a group chat!

In a text group chat, you can message up to 500 people at a time. But for a video call, you can add only up to 9 people that are little low as compared to other applications.

To make the chat more interesting, there are hundreds of stickers offered by WeChat. Besides, WeChat is fast, secure and really easy to use!

And the best thing is WeChat can be used on all the major platforms including Android, iOS, Mac, and windows. WeChat, however, is free to use but there are in-app purchases for additional features!

Hand Picked Stuff For You:

So that’s it for this article. I hope now you won’t have to put so many efforts to find out the best Skype alternatives out of a long list of software available on the Internet.

Apart from the above-mentioned best Skype alternatives, there is some more video calling software that you can rely upon like Appear.in, Facetime, WebEx, Voxox and there are some more.

Which video calling and conferencing software you think is the best Skype replacement or can prove to be better than skype?? Do let me know your thoughts in the comment section below.

Or if there is any other best video chat software that you know but I missed out to mention in my list, tell me that too.